The adipose tissue: More than just a place of useless fat storage 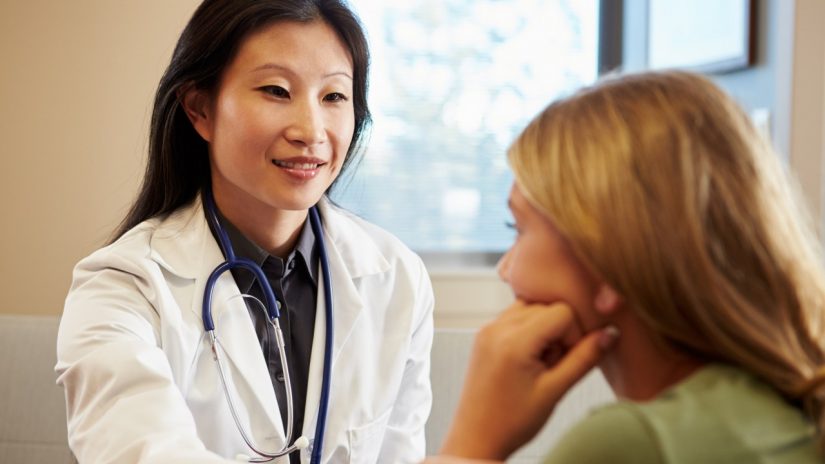 Isn’t it amazing how science and its view of the body has changed over the years, decades and centuries? Just to give you a few examples: not so long ago it was still believed that nerve cells and nerve tissue had no potential for regeneration, and muscle cells were also labeled as non-reproductive and adaptable cells. The fatty tissue, however, is still negatively affected, from an aesthetic point of view an insult to the eye and from a medical point of view a health hazard. Fashion and medicine have little in common, but when it comes to fat they stand side by side.

And now the latest headlines from science

Adipose tissue is endocrine – that is, it produces hormones – and immunologically a very active organ. Some of you may already know that fat cells produce a wide range of soluble substances (mediators) that play a central role in regulating appetite and weight. A very recent view, however, is that the fatty tissue forms the bridge between the immune system and the metabolism. Incidentally, this is an interesting aspect for athletes whose attitude towards fat usually does not seem relaxed. In general, laypeople as well as doctors, trainers, coaches and athletes still see fat as an inactive cell mass that we only need as an energy reserve in times of need.

And now some scientists come up with different results and everything should suddenly be completely different? Yes, that’s exactly the case. More and more scientists are realizing that the body is a functional unit and that the previously unloved Feit is an essential part of it. Recent data indicate that adipose tissue releases a variety of hormones and proteins that regulate the balance of the body and its functions, including organs and cells.

Scientists have discovered molecular signaling pathways that connect adipose tissue and the immune system. They found that many active molecules that were previously only attributed to the immune system are also released by fat cells. I am pleased to be able to observe that the scientists themselves have to tear down the walls that they themselves have drawn through their bodies, because they had to recognize that the boundaries they once drew not only no longer correspond to the research results, but also the work hinder. The old models are no longer suitable for examining the body. The walls between the nervous and immune systems have already been torn down, and now those that excluded adipose tissue will follow. Perhaps fat will soon have a more positive meaning.

This article is not about obesity. I want to create awareness and address those who want and need to be slim because they want to perform at a top level. It is of course very important not to lose sight of the disease-causing aspects of obesity, because the health-endangering effects of overweight have a lot to do with the interactions between body fat and the immune system. Obesity drives the body into an inflammatory state, which has serious consequences for the blood vessels and the metabolism of the body (diabetes type 2, high blood pressure etc.) But now back to the physiology, to the healthy person and another time more details about Pathophysiology.

Adipose tissue is closely linked to innate immunity and is involved in all inflammatory and healing processes.

It has inflammatory as well as anti-inflammatory and inflammation-modulating properties. To date, more than 100 molecules (peptides and proteins) have been identified that are involved. All of these molecules can be seen as immunologically, metabolically, and neurologically active … they all together form a tightly woven tissue. This is why immunological / inflammatory parameters (CRP, TNF, IL-6) can often be measured when metabolic disorders are also present (such as insulin resistance in athletes or type 2 diabetes or obesity, etc.).

The adipose tissue should therefore be seen as the interface between energy metabolism and the immune system, as a very important mediator.

Without innate immunity, there is no intact acquired immunity

Our innate immunity is a prerequisite for an adequate acquired immunity to develop at all. It stays that way throughout life, both remain indispensably dynamically linked to each other, both in the harmonious cooperation with our own flora (intestines, bladder, etc.), as well as in the work against dangerous viruses and bacteria. When there is an obvious metabolic imbalance, the close connections between adipose tissue and the immune system mean that both saturated fatty acids from food and those produced in the body from triglycerides can have an inflammatory potential. This is where the unsaturated fatty acids come into play, they dampen inflammatory processes (but more on that another time).

This was nothing more than a very rough approximation of a subject that could easily fill a book. Nevertheless, I hope that I was able to convey that the adipose tissue needs to be rehabilitated. It is not the fat that makes you fat, but the too much food! Fat is extremely important for health, energy supply and the proper functioning of the immune system. And it is extremely important for endurance performance. A long distance triathlon can only be survived with an energy supply from the fatty tissue. However, too much adipose tissue is harmful because the balance between the immune system and adipose tissue is disturbed. Obesity leads to systemic inflammation that primarily damages blood vessels and metabolism, but a lack of adipose tissue also leads to immune deficiencies and metabolic disorders. It’s all about keeping the body in balance. It is a great challenge for each of us to see the whole and not just the individual parts.

We should rethink our attitude towards adipose tissue, it is high time we did it. It’s time to demonize it!